Hemingway Takes the Hemingway Test. The article is a bit long itself but interesting. There is such a thing as too terse. 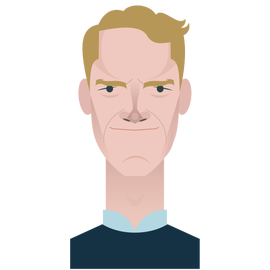 Charles McGrath wroteabout a newly digitized collection of ephemera from Ernest Hemingway’s Cuban estate, Finca Vigía, which confirms that the famously terse writer was, as McGrath says, “a hoarder.” Ticket stubs, telegrams, Christmas cards, diary entries—all of it amassed in the twenty-plus years that Hemingway kept his house there. Amid the collection, McGrath identifies two notes that Hemingway had seemingly written to himself, in pencil. One reads: “You can phrase things clearer and better.” And the other: “You can remove words which are unnecessary and tighten up your prose.”

The above paragraph scored an “O.K.” in Hemingway, (The app) an app, created by the brothers Adam and Ben Long, which analyzes text and, as it promises, “makes your writing bold and clear.” The program highlights overly complicated words and suggests alternatives (my “all of it” could have simply been “all”). It also calls out adverbs (“newly,” “famously, “”seemingly”), difficult-to-read sentences (the first being “very” hard to read, while the second was just hard), and instances of the passive voice.

Hemingway launched in September, and gained wide notice this week after it was shared on Hacker News. The app is free, and the brothers are working, in their off hours, on a desktop version, as well as an extension for Web browsers.

Hemingway uses a formula to judge the “reading level” of a particular selection of writing, which the Longs said is “a measure of how complex the sentence structure is and how big the words you’re using are.” It scored my first paragraph as Grade 14. The app suggests that anything under Grade 10 is a sign of “bold, clear writing.”

Bold and clear, that’s the popular image of the Hemingway persona—the kind of man, as Lillian Ross observed in her Profile of him for The New Yorker, who could walk into an Abercrombie & Fitch store, and, being approached by a sales clerk, say, simply, “Want to see coat.” And Hemingway’s notes to himself from Cuba show a parallel artistic imperative: the search for blunt, descriptive, concise prose.

So would Hemingway have approved of Hemingway? Or, another question: Would he pass the tests he helped inspire? What about the visually potent opening paragraph from his short story “A Clean, Well-Lighted Place”?

It was very late and everyone had left the cafe except an old man who sat in the shadow the leaves of the tree made against the electric light. In the day time the street was dusty, but at night the dew settled the dust and the old man liked to sit late because he was deaf and now at night it was quiet and he felt the difference. The two waiters inside the cafe knew that the old man was a little drunk, and while he was a good client they knew that if he became too drunk he would leave without paying, so they kept watch on him.

Bad news. Hemingway rates merely “O.K.” (Grade 15). That “very” in the first sentence might have been cut. (It may have a point there: Doesn’t the fact that everyone had left but one man suggest just how late it was?) The second sentence is “hard to read” and the third is “very hard to read.” Maybe it’s the shifting perspective? No adverbs, though. Yet, as Hemingway’s paragraphs go, that is perhaps a bit twisty. What about the famously spare early story “The End of Something”? It performs significantly better:

Marjorie sat on the blanket with her back to the fire and waited for Nick. He came over and sat down beside her on the blanket. In back of them was the close second-growth timber of the point and in front was the bay with the mouth of Hortons Creek. It was not quite dark. The fire-light went as far as the water. They could both see the two steel rods at an angle over the dark water. The fire glinted on the reels.

This passage, so Hemingway (the app) tells us, would be readily comprehensible to a fourth grader. The app likes dialogue, too, scoring the next bit of the story similarly:https://d99d5cd7ed237b7db28d60d547f15f10.safeframe.googlesyndication.com/safeframe/1-0-37/html/container.htmlADVERTISEMENThttps://d99d5cd7ed237b7db28d60d547f15f10.safeframe.googlesyndication.com/safeframe/1-0-37/html/container.html

“I don’t feel like eating,” said Nick.
“Come on and eat, Nick.”
“All right.”
They ate without talking, and watched the two rods and the fire-light in the water.

“The End of Something” is a sharp pocketknife of a story, capturing in its seeming slimness all the depth and disorientation of young man’s stunted attempts at love and friendship—and the places where those two often overlap. Its force comes from the declarative power of its words combined with the implied frustration and muteness of its silences. It is also a prime example of a kind of writing prized by people from E. B. White to Gordon Lish, Elmore Leonard, and numberless creative-writing teachers: show don’t tell, always keep the verbs active and propulsive, never use a two-dollar word when a ten-center might suffice, leave adverbs to the nervous and the self-obsessed. There are, of course, other ways to write, even for a mass audience. Leonard’s own rules for writing (“No 10: Try to leave out the part that readers tend to skip”) end with him noting that he enjoys many of the writers who break them.VIDEO FROM THE NEW YORKERHow to Draw a Creepy Clown

The Hemingway app is fun to experiment with, and it’s useful in that it calls out in your writing places of friction—allowing you to decide whether they are necessary or merely sloppy. No one is above clarity. And the app, based on the experience of running examples of my own writing through it today, is, like a good editor, attuned to the places where vanity seems to be getting the better of things.

But do we want to write like Hemingway? Or, better, did Hemingway really write like Hemingway? He was able to see the humor in the public’s sense of his work; Lillian Ross caught him, at times, playacting a kind of Indian-speak version of his characters’ reticence: “He read book all way up on plane.” “He like book, I think.” His contained style, and the expectations that it engendered in the reader, made his departures from it all the more powerful. Take this description of Romero, the bullfighter, in “The Sun Also Rises”:

Afterward, all that was faked turned bad and gave an unpleasant feeling. Romero’s bull-fighting gave real emotion, because he kept the absolute purity of line in his movements and always quietly and calmly let the horns pass him close each time.

This breaks several of the Hemingway rules. The passive voice loses points, as do the two adverbs at the end. But “quietly” and “calmly,” are, of course, essential to the point. Bullfighters, masterly or not, avoid the horns most of the time. Only the artists like Romero manage it quietly and calmly. And that word, “quietly,” which is not quite literal, is a little surprise. Regarding the passive voice, it injects emotional uncertainty into the scene. “All that was faked turned bad,” scans like a melody, and in its passivity and slightly odd tense, feels like an elegy. It is not exactly clear. But it’s bold.

Ian Crouch is a contributing writer and a member of The New Yorker’s editorial staff.