Tell Me When It Hurts

Archer Loh seems to have the world on a string. A magna cum laude graduate of Smith College, a law degree from Columbia, a great husband, a wonderful daughter, and a slot on the U.S. Equestrian Team all make it possible for Archer to almost forget her mysterious past, her violent history. All is almost perfect–on the surface. But nothing stays at equipoise forever. When Archer’s daughter, Annie, is murdered, her own life shatters and deadly skills, long dormant, become highly relevant again. As Archer embarks on her own path to salvation, she snips all ties with the past. Love and connection are now extravagances she can no longer afford. At her darkest ebb, Connor McCall, Harvard-educated financial baron turned Wyoming sheep rancher, stumbles into Archer’s life with his own demons and presses her to start reconnecting the dots. In Tell Me When It Hurts, memories can sustain or sink you, all in the same night and all the same memories. 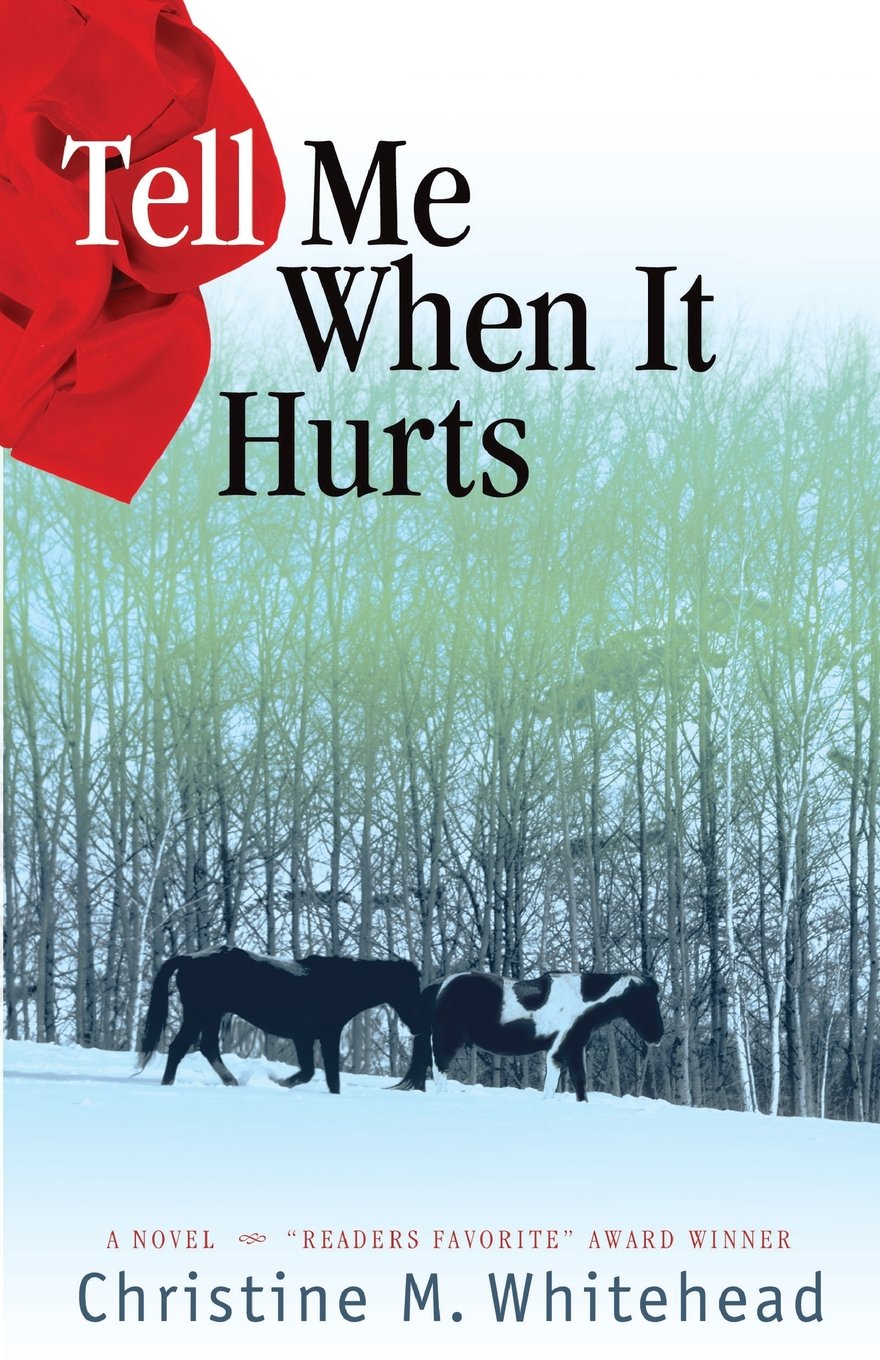 "Kids, dogs, horses, mountains, cowboys and romance: What's not to love? Christine Whitehead's novel, Tell Me When It Hurts, has them all, and more besides. But, even if it didn't, the author's smooth, articulate, empathetic story-telling would keep readers glued to the page.

Ms. Archer Loh is an assassin, and a very successful one. She has been living in seclusion for six years, since the murder of her 12-year-old daughter. Archer leaves her mountain cabin for a few days at a time to trot the globe, killing bad guys with her sniper rifle. But when a Wyoming cowboy camps in the forest adjoining her property, Archer's world spins in a whole new direction.

Connor McCall has secrets of his own, and he, too, has separated from the world, to run a sheep ranch near a tiny western town. He introduces himself to his reclusive neighbor, but Archer sends him packing with a snarl. They might have gone their separate ways and lived solitarily ever after, but circumstances conspire against them, linking them together and eventually forcing them to choose between a bright new life and the dark old one.

While the title may sound painful, the story is generally pleasant and sometimes joyful, even though the characters must, necessarily, embrace the pain of the past before they can move into a better future. If they can do it, that is.

Caveat: If you're one of those readers (ahem, guys, you know who you are) who doesn't want to read about or talk about emotions, this is not for you. This story is all heart, and it will lift and lower your warm-fuzzy levels again and again.

There is no offensive language or explicit sex, but there are adult issues, a fairly gruesome child murder, and descriptions of abhorrent criminal acts previously performed by some of Archer's victims. Pre-teen readers, wait a couple of years before diving into this one.

Everybody else, go for it. Tell Me When It Hurts is original, well-crafted, moving, and entertaining."
Lady Assassin Caught Off Guard
Iris Chacon