So what’s with the Woman in the Mask on this Site? 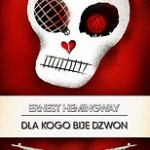 A cat has absolute emotional honesty: human beings, for one reason or another, may hide their feelings, but a cat does not. Ernest Hemingway

“According to those who knew him well, Hemingway was a sensitive, often shy man whose enthusiasm for life was balanced by his ability to listen intently.

That was not the Hemingway of the news stories.  The media wanted and encouraged a brawnier Hemingway, a two-fisted man whose life was fraught with dangers.  Hemingway, a newspaper man by training, was complicit in this creation of a public persona, a Hemingway that was not without factual basis, but also not the whole man.  Critics, especially, but the public as well, as Hemingway hinted in his 1933 letter to [Maxwell] Perkins, were eager ‘automatically’ to ‘label’ Hemingway’s characters as himself, which helped establish the Hemingway persona, a media-created Hemingway that would shadow–and overshadow–the man writer.”  (Michael Reynolds, “Hemingway in Our Times.”  The New York Times, July 11, 1999)

The mask above which i chose when setting up this blog  seems indicative of a great portion of Hemingway’s life and his characters.  We all think of Hemingway as the great hunter, aficionado of bull fighting, guns, and fishing, everything that is macho and, in modern culture, these are interests bordering on offensive to many.  I think Hemingway would admit readily that his image took over who he was although the image was part of him, too and he mined it regularly.

A collection of letters recently presented to the John F. Kennedy Presidential Library, generously established by his widow Mary, has been cited in several articles recently for their disclosure of a much more tender side of Hemingway.  In particular, one letter recounted his grief at the death of one of his cats.  In February 1953, Hemingway wrote to an Italian friend about the death of his beloved cat, Uncle Willie.  The cat was found with its two right legs broken and Hemingway needed to shoot it to put it out of its misery.  The same day, a tourist arrived at his door.  “I still had the rifle and explained to them that they had come at a bad time and to please understand and go away,” Hemingway wrote from Cuba.  “But the rich Cadillac psycho said, ‘We have come at a most interesting time just in time to see the great Hemingway cry because he has to kill a cat.”

The fifteen new letters in and of themselves have an interesting history.  The letters were written to Gianfranca Ivancich, a long-time Italian friend of Hemingway’s and the brother of Adriana Ivancich, who is believed to be Hemingway’s late-in-life muse, particularly for Across the River and into the Trees.  The letters have never been published and claim to reveal a gentle side to the writer.  The John F. Kennedy Library purchased the letters from Ivancich whom he met in Italy in a hotel bar in Venice in 1949.

“There is this very machismo image of him which is what everyone knows” said Susan Wrynn, the Curator of the Libraries of Ernest Hemingway Collection.  “These letters bring a great deal more of depth to his personality.  It’s charming.”  Hemingway in the letter goes on to note that while he has had to shoot people, it was never anyone “I loved for eleven years nor anyone that purred with two broken legs.”  It’s a sad tale but also shows a side of Hemingway that has had little exposure.

John Kennedy was a fan.  Although he never met Hemingway, in his Profiles in Courage, Kennedy cited Hemingway’s definition of courage:  grace under pressure.  Kennedy had invited Hemingway to attend his inaugural but that was in January 1961 and Hemingway was not up to it.  He respectfully sent his apologies.  He died in July 1961.  The library’s Hemingway Collection is the largest repository in the world of his manuscripts and letters with more than 2,500 letters written by him and 7,500 letters written to him.  When Wrynn went to Italy to pick up the letters, she had a six hour layover in Heathrow inLondon describes a very nervous experience guarding of the file folders that were in her carry-on.  It’s a bit reminiscent–and I’m sure this passed through her mind–of Hadley losing Hemingway’s early manuscripts on the train.

In any event, these letters arrived safely.

All this leads me back to masks.  Jake Barnes of The Sun Also Rises had the mask of being able to woo Brett when he couldn’t; Brett had the mask of the philanderer when she yearned for some sort of stability–or did she?  Robert Jordan was a warrior in For Whom the Bell Tolls but really all he wanted was to find a little quiet spot in Madrid with Maria.  The idea of the persona behind the mask is a recurrent one in Hemingway and is played out in his personal life.  Thus, I chose it for my header.