Hello all Hemingway readers and scholars: this is a one woman show in which Hemingway is presented through the lens of willa cather, marjorie kinnan rawlings, and gertrude stein. I added some photos. 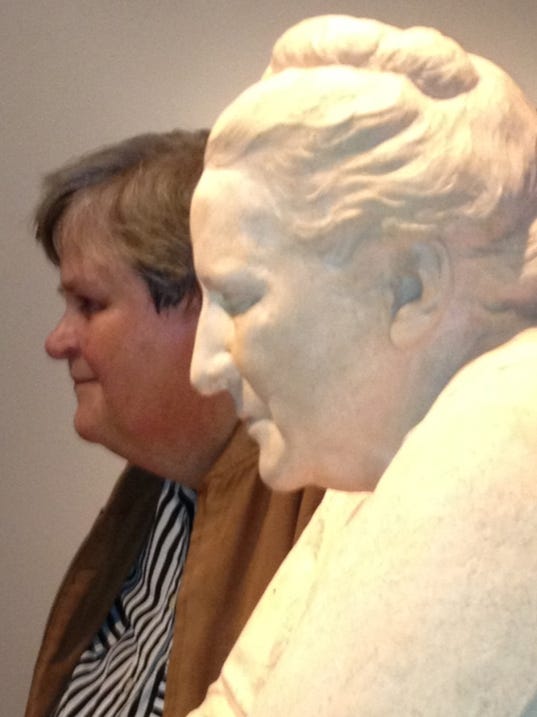 “[Ernest] Hemingway presents a difficulty, because he was abusive to women, and to other men, and most of all, to himself, committing suicide in 1961,” said Betty Jean Steinshouer, a nationally-acclaimed Chautauqua performer explaining why she turned to three of the women she has regularly performed in one-woman shows all over the country since 1988. “Fortunately, three of the women I portray were his contemporaries.”

The life of Ernest Hemingway, author of books that were made into movies, was also the subject of multiple films. (Photo: Associated Press) 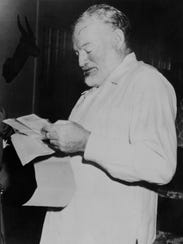 Dated 1952: American writer Ernest Hemingway learning he won the Pullitzer prize for his novel “The Old Man and the Sea” (Photo: Getty Images)

Steinshouer’s performance style is audience-interactive, rather than theatrical, although what she does has been called “tour-de-force theater.” She aims to have an in-depth conversation with the audience, rather than lecture or merely entertain. 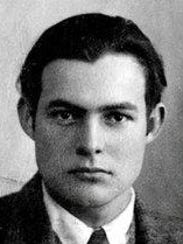 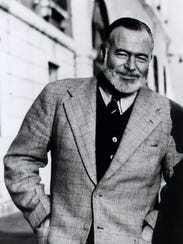 “On Hemingway” consists of three parts, in three women’s voices. First will be Willa Cather, who addresses Hemingway as part of the Lost Generation, that group of writers and ex-patriots who exiled themselves to Europe after World War I.

What Cather says about Hemingway “gets the ball rolling,” Steinshouer says.

“Cather knew him through his contemporaries, especially F. Scott Fitzgerald, but also because Hemingway was particularly nasty to her when she won the Pulitzer Prize.”

Act II is devoted to Marjorie Kinnan Rawlings, who shared an editor and publisher with Hemingway, and who adored him even as she realized his foibles. Steinshouer sees Rawlings’ as the most valuable perspective on this great macho-man writer.

“He who glorified bull-fighting, womanizing, and war can be seen from Marjorie’s view as a creative spirit, struggling to make himself understood, against the heavy odds that are placed on boys growing up in this society. Rawlings understood Hemingway as a man, which not many women do.” 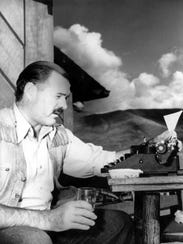 In this 1939 file photo, Ernest Hemingway is shown at his typewriter as he works at Sun Valley lodge, Idaho. (Photo: AP) 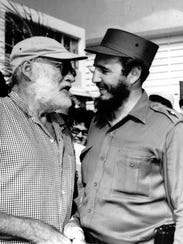 In part three, the audience will have a rare opportunity to meet Gertrude Stein, who was Hemingway’s mentor in Paris, when he was working as a newspaper reporter for the Toronto Star and struggling to find his voice in fiction. Sorting out the love-hate relationship between Stein and Hemingway has been one of Steinshouer’s greatest challenges as a scholar.

“It had a great deal to do with Alice B. Toklas and Hemingway’s need to prove his masculinity to absolutely everyone he met,” she said. “In Miss Toklas he found someone who was unimpressed with his bravado, and who defended Gertrude Stein at all costs.”

One of the most compelling aspects of “On Hemingway” is that each of the three women who speak of him preceded him in death. Cather died in 1947, Rawlings in 1953, and Stein in 1946. For Betty Jean Steinshouer, it lends an emotional impact to what they said, especially Rawlings.

“She says something quite prophetic, although she could not know that he would shoot himself less than a decade later.”