Review of New Movie: Papa Hemingway in Cuba–Not too good

I am sorry to report that one of the early reviews of the new movie with Adrian Sparks as Hemingway and Giovanni Ribisi as Ed Meyers, a young journalist, was pretty sour. Beyond loving the Cuban scenery, the description of the movie as wooden is an “ouch” moment. Instead of flashing back to some of Hemingway’s allure and greatness, it sticks with his last two years, admittedly not his glory days. I would guess, given that time frame, that there is much drunkenness and fights with wife # 4, Mary. So disappointing. Below is the full review. Best, Christine

By DAN LYBARGER Special to the Democrat-Gazette 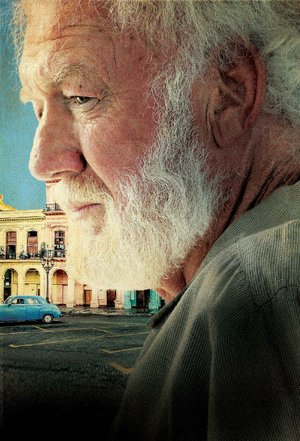 Rating: R, for language, sexuality, some violence and nudity

Papa Hemingway in Cuba is reportedly the first Hollywood film to be shot on the island since 1959. The Almighty has blessed Cuba with captivating scenery, which belies over a century of human turmoil there. It’s too bad the people who stand in front of this scenery in this film aren’t that interesting.

In real life they might have been, but neither screenwriter Denne Bart Petitclerc, who actually knew the title character, nor director Bob Yari (better known as a producer of Crash and The Illusionist) has anything worthwhile to say about Ernest Hemingway or his time there.

Petitclerc has been dead for 10 years, and it’s easy to see why his script sat on the shelf until recently. If he had any unique insights into the Nobel Prize winner and his writing, none have made it into the final cut of this film.

As played by Adrian Sparks, Hemingway is a famous but drunken has-been. When he’s not fishing, he’s prone to bouts of paranoia and yelling matches with his wife, Mary (Joely Richardson). The writer hangs out with veterans of the Spanish Civil War and appears to have ties to the Cuban Revolution. He’s unable at this point in his 59 years to turn a blank sheet of paper into something magical.

Most of this stuff could be gleaned from a high school literature class or from listening to a barroom blowhard unable to discern truth from fiction. Without having samples from Hemingway’s clipped but often powerful prose, viewers are simply given the impression that he was an obnoxiously pompous bore who liked swimming naked. Petitclerc gives Sparks and Richardson plenty of excuses to yell at each other, but one quickly wonders why anyone ever sought these two out.

Instead of examining the author’s complicated life or re-creating the tension that surrounded the fall of Batista’s Cuba, Petitclerc and Yari decide to rehash the old cliche about never meeting your idols. In this case, Petitclerc’s stand-in for himself, Ed Myers (Giovanni Ribisi), writes Hemingway a fan letter and then hides it because he’s not sure if the note is worthy of the great writer’s time. Ed’s girlfriend (Minka Kelly) saves the letter from the waste basket and sends it to Cuba.

Much of the material seems to have been cobbled together from something that might seem more at home on The Hallmark Channel or Lifetime. On second thought, those movies are delivered with more subtlety and craftsmanship. Many shots seem stiff and clumsy, as if the only prerequisite for a successful take was that the actors were standing and breathing.

The folks behind those quickly made offerings might know better than to cast a 42-year-old as a cub reporter. It’s odd to hear Sparks and Richardson call Ribisi “the kid.”

The Revolution, which has been depicted in great films like The Godfather: Part II, Steven Soderbergh’s Che and Mikhail Kalatozov’s I Am Cuba, is prime fodder for great drama, but when Ed has to tell Santo Trafficante (James Remar) to his face that he runs the mob in Cuba, it’s a sign that Petitclerc has no idea how to tell the audience who characters are without having to telegraph the fact.

At least we can see why Hemingway loved Cuba; whenever the stiff, profanity-laden dialogue ends and the people leave the landscape, nature reveals an island full of lush vegetation and gorgeous seascapes. It’s also great to see the distinctive architecture, like Havana’s Malecon seawall, and to hear the infectious music that comes from the island. If Yari were a more capable director (this is only his second effort in a 30-something-year career), he might have put the music more prominently in the mix to drown out Petitclerc’s drivel.