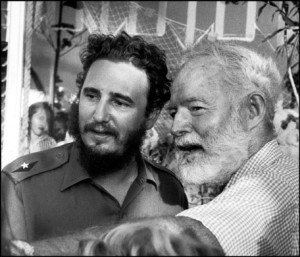 Hemingway is never played out. As I’ve previously mentioned, three movies are coming out about Hemingway or in which he is featured–four if you count Mariel Hemingway’s A MOVEABLE FEAST.

Let the fun begin.. Features Adrian Sparks as Hemingway and Giovanni Ribisi as journalist Ed Myers. Not sure how widely distributed it will be.