Hemingway was a prolific letter writer. Some say that he left behind 8,000 to 10,000 letters. Some have been published despite his request that they not be published. I have to say though that reading his letters is really fun and interesting and gives me insight into his humor, what’s important to him, and the cadence of his voice. 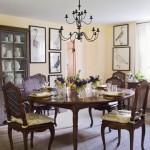 Published letters have been accumulated from the “senders.” Hemingway did not keep copies of his own letters to others, but he did keep letters he received from other writers, from family members, and from his wives. Upon his death, he had stacks of letters he had received from his first wife Hadley. Mary, his last wife, was kind enough to return them to Hadley. Hadley had not kept Hemingway’s letters to her.

Sometimes Hemingway kept letters that he had drafted out, but never sent for one reason or another. He may have thought better of it; he may have thought it was too harsh; those also have been collected. Fortunately for all of us, Hemingway was a notorious packrat. When Mary went to collect some of their things after Hemingway’s death and she was permitted access to the Cuban house for the sole purpose of getting her belongings, she also retrieved letters, recipes, cards received, all were scattered together. They were turned over to the Hemingway Collection in Boston at the JFK Library. People who sorted through them found little notes, drafted pages and among his historically valuable letters, they also found recipes, doodles, Christmas cards. Carlos Baker, one of the early Hemingway biographers and scholar from Princeton, and the one selected by his fourth wife Mary, published a volume of 600 letters 20 years after Hemingway’s death. The rest of his letters were scattered about and in some cases held back by family members.

Some of the letters have shed light on a different side of Hemingway. Sandra Spanier, an associate professor of English at Penn State University was also, the editor of one of the early projects for publishing some of Hemingway’s letters. She noted that in letters to Martha Gelhorn, Hemingway’s third wife, Hemingway emerges as far more supportive of Martha’s career than was earlier assumed. An uglier side also did emerge at times, but there were many kind letter showing the tenderness that he was capable of, the loving husband who took care of household details, his great pride in Martha’s work, and descriptions of Hemingway advising Martha that he was reading drafts of her novel to his sons. These letters only became available after Martha Gelhorn’s death in 1998.

Correspondence with Jane Mason, a Havana socialite with whom it’s believed he had an affair, weren’t discovered until 1999 in a trunk by Jane Mason’s granddaughter. These also shed light on his wit and character.

I highly recommend reading some of these letters. They are extremely funny, self-deprecating, unguarded, and blunt. In one letter, Hemingway invited Senator Joseph R. McCarthy to Cuba to “Duke it out.” There was another letter that Hemingway wrote to his mother who notoriously disapproved of his subject matter and whom he notoriously disliked. When his mother told him that her book club disapproved of his 1926 The Sun Also Rises, he told her in this letter that he would have been worried if they had not disapproved and he advised his mother to read his future works with “a little shot of loyalty as an anesthetic.”

Reading Hemingway’s own words not in a novel, but in his correspondence with friends, family, enemies, and rivals, gives a much more rounded picture of him and it’s just plain fun.