Ezra Pound, Hemingway, Politics that split them up.

My friend Trudy found this interesting Article about the writers of Paris in the ’20s. I edited it to shorten but I think you will enjoy it. Photos added by me.

Ernest Hemingway, fresh off his marriage to Hadley Richardson, his first wife, arrived in Paris in 1921. Paris was a playground for writers and artists, offering respite from the radical politics spreading across Europe. Sherwood Anderson supplied Hemingway with a letter of introduction to Ezra Pound. The two litterateurs met at Sylvia Beach’s bookshop and struck up a friendship that would shape the world of letters.

They frolicked the streets of Paris as bohemians, joined by rambunctious and disillusioned painters, aesthetes, druggies, and drinkers. They smoked opium, inhabited salons, and delighted in casual soirées, fine champagnes, expensive caviars, and robust conversations about art, literature, and the avant-garde. Pound was, through 1923, exuberant, having fallen for Olga Rudge, his soon-to-be mistress, a young concert violinist with firm breasts, shapely curves, midnight hair, and long eyebrows and eyelashes. She exuded a kind of mystical sensuality unique among eccentric highbrow musicians; Pound found her irresistible.

Pound was known for his loyalty to friends. Although he had many companions besides Hemingway—among them William Butler Yeats, James Joyce, T.S. Eliot, Marianne Moore, Robert McAlmon, Gertrude Stein, e.e. cummings, Pablo Picasso, Wyndham Lewis, T.E. Hulme, William Carlos Williams, Walter Morse Rummel, Ford Madox Ford, Jean Cocteau, and Malcolm Cowley—Hemingway arguably did more than the others to reciprocate Pound’s favors, at least during the Paris years when he promoted Pound as Pound promoted others.

Pound edited Hemingway’s work, stripping his prose of excessive adjectives. Hemingway remarked that Pound had taught him “to distrust adjectives as I would later learn to distrust certain people in certain situations.”

Pound, however, grew disillusioned with Paris, where his friends were gravitating toward socialism and communism. Paris, he decided, was not good for his waning health. Hemingway himself had been in and out of Paris, settling for a short time in Toronto. In 1923, accompanied by their wives, Pound and Hemingway undertook a walking tour of Italy. The fond memories of this rejuvenating getaway inspired Pound to return to Italy with his wife Dorothy Shakespear in 1924. They relocated, in 1925, to a picturesque hotel in Rapallo, a beautiful sea town in the province of Genoa. 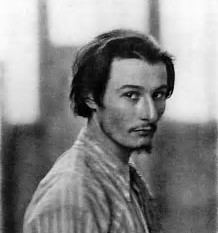 More than anything else, Italian politics—and the rise of fascism—damaged Hemingway’s regard for Pound, who became a zealous supporter of Mussolini and a reckless trafficker in conspiracy theories.

Hemingway offered Pound some money, sensing that money was needed, but Pound declined it. 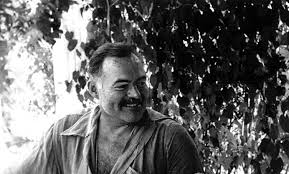 The falling out was no secret, and other writers took sides. William Carlos Williams wrote to Pound in 1938, saying, “It is you, not Hemingway, in this case who is playing directly into the hands of the International Bankers.”

Archibald MacLeish helped to orchestrate Pound’s release from St. Elizabeth’s, (A mental asylum Pound had been committed to. See below as to how he got there.) drafting a letter to the government on Pound’s behalf that included Hemingway’s signature, along with those of Robert Frost and T.S. Eliot. A year later Hemingway provided a statement of support for Pound to be used in a court hearing regarding the dismissal of an indictment against Pound. Hemingway awoke on the morning of July 2, 1961, put a 12-gauge, double-barreled shotgun to his head, and, alone in the foyer of his home, blew his brains out. He was 61. Pound’s friends and family didn’t tell him about Hemingway’s death, but a careless nurse did, and Pound reacted hysterically. The older of the two, Pound, at 72, was free from St. Elizabeth’s, where he’d spent 12 solemn years. He had returned to his beloved Italy to finish out his long and full life. In the autumn of 1972, he died peacefully in his sleep in Venice, the day after his birthday, which he’d spent in the company of friends.

Allen Mendenhall is an associate dean at Faulkner University Thomas Goode Jones School of Law and executive director of the Blackstone & Burke Center for Law & Liberty.

ME here: I may have over-edited re: how Ezra ended up in a psych facility.  Ezra Pound was closely aligned with the Fascists in Italy.  He was later imprisoned in Pisa by the liberating American forces in 1945 on charges of treason. In Pisa, he purportedly was placed in a small 6 x 6 cell and had a mental breakdown. He was ultimately sent to St. Elizabeth’s psychiatric hospital in Washington D.C. for 12 years. Friends including Hemingway sent money and petitions for his release which finally happened. While most acknowledged that he was a bit “crazy,” most felt he was far from any sort of danger to anyone including to his country.  Once released he returned to Italy and died in Venice eleven years after Hemingway’s death.  Christine