The Short Story: Why we love them. C

The Glorious Intensity of a Great Short Story DESIGN & LIVINGCOLUMN “They mightn’t sell as much as a blockbuster novel, but our desire for an extraordinary short story that takes you to dark places prevails,” writes Ana Kinsella in her latest books column JULY 05, 2019TEXTAna Kinsella It may be hard to believe, but back in the […]

Expansion of Hemingway Division of the JFK Library in Boston

Good day!  A new display at the JFK Library, Hemingway Collection. I will catch it in the next few weeks. Hope you are having a great summer. Best, Christine Hemingway’s legacy inspires new JFK Museum display Previous Next By WILLIAM J. KOLE Associated Press Friday, June 29, 2018 BOSTON — A new Ernest Hemingway exhibition […]

All Photos for a change

Below are a few photos that are not published as often as some. Hope you enjoy them. Best, Christine     Enough photos for Today!  C

Continuation of post regarding my visit to the Kennedy Library, Hemingway Exhibit on Between the Wars There was an anecdote displayed of an interview that Hemingway had with George Plimpton. Plimpton knew that Hemingway had written the end of A Farewell to Arms something like 39 times. Plimpton, a writer himself, asked if there was a technical […]

Visit To the Hemingway Collection in Boston Part 1

I was in Boston for a few days and took the opportunity to visit the Hemingway collection at the JFK Library and Museum. It’s about 20 minutes depending on traffic from downtown in a cab but shuttle buses travel out there more inexpensively as well. It is right on the water and very modern […] 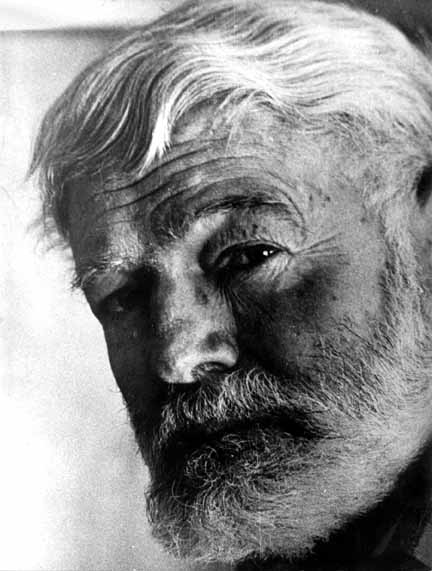 I subscribe to a number of RSS feeds and google alerts that keep me posted on all things Hemingway. So here are a few random developments. 1) Mariel Hemingway is producing a movie of Hemingway’s last book, A Moveable Feast, finished after his death and published initially in 1964. (Hemingway died in 1961). 2) Andy Garcia […]

Check out this interesting article on Hemingway’s early years. The Oak Park Public Library will be able to offer unprecedented access to rare Ernest Hemingway Foundation of Oak Park and library archives thanks to a grant from the Illinois Secretary of State to digitize Illinois history. Due to a grant, documents that previously were unavailable […]

As usual, Hemingway is in the news everywhere.  So what’s new?   1.)  There apparently is news that there is a computer program that can predict whether you or I are the next Hemingway.  You can send in a sample of your writing and the computer can tell you if you are […]

Earlier this year, a trove of about 2,500 documents from Hemingway’s home in Cuba, Finca Vigia, were shipped to the Hemingway collection in the John F. Kennedy Presidential Library in Boston.  They were digitized and many have already been made available.  The documents include letters, lists, diaries, telegrams, insurance policies, bank statements, passports, a […]